This gorgeous girl is 12 weeks old. Last week she had a sleepover at my house. She was surrendered by her owners two weeks ago. They had decided that the cost of treating her for diarrhoea by placing her on a drip was too much and that it was a cheaper option to euthanase her.

Well there was ZERO chance of that happening. We had the owners pay a surrender fee instead and took her into the clinic to be treated and eventually rehomed. We, lets face it, this cutie wasn't going to struggle to find a new home. In fact we had at least 3 people wanting to love her forever and to have her join their family within days of her being admitted into hospital.

All of the staff took turns at taking her home at night so that she could get plenty of love and wouldn't have to be on her own overnight. So it was my turn on Wednesday and I just knew my girls were going to LOVE her to bits. 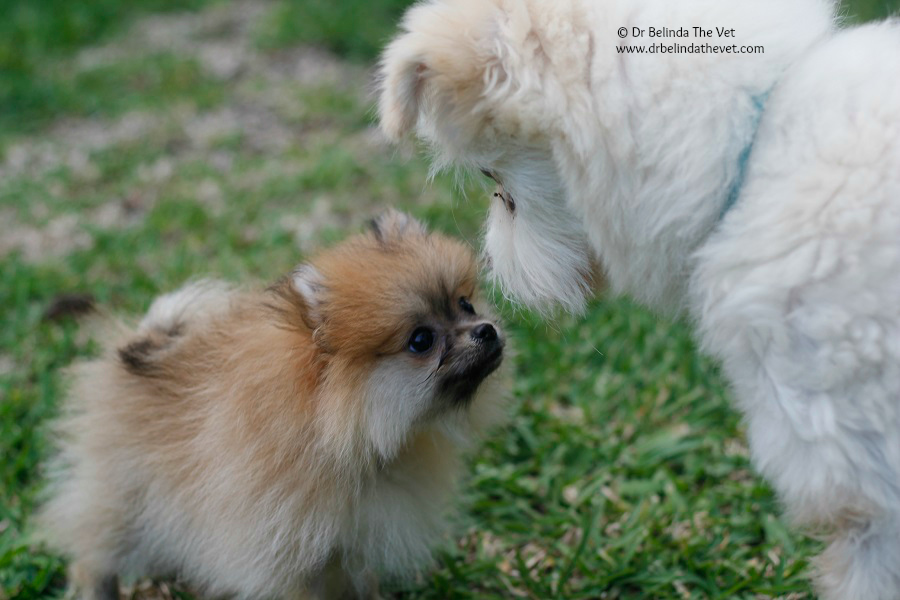 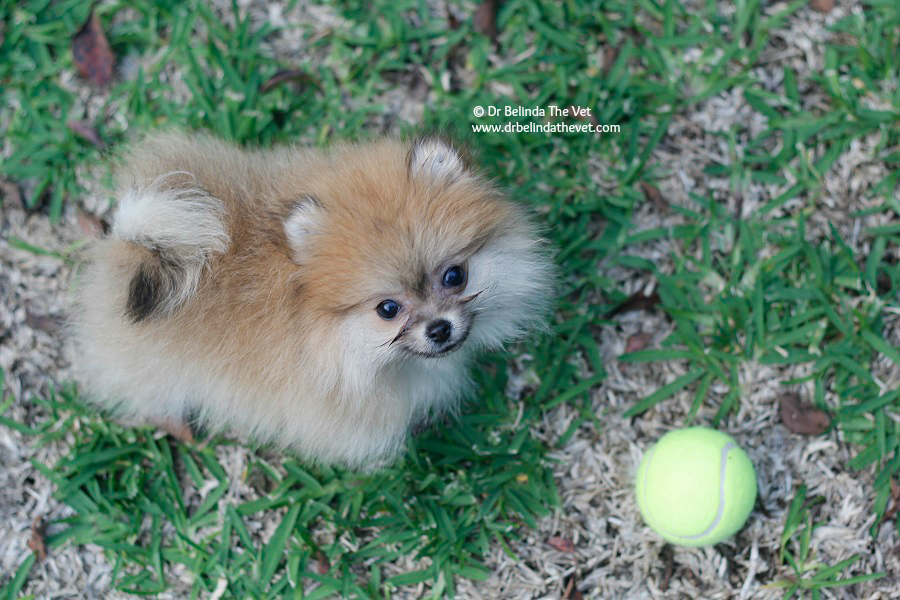 Penny loves to chase the ball even though it is almost as big as her! 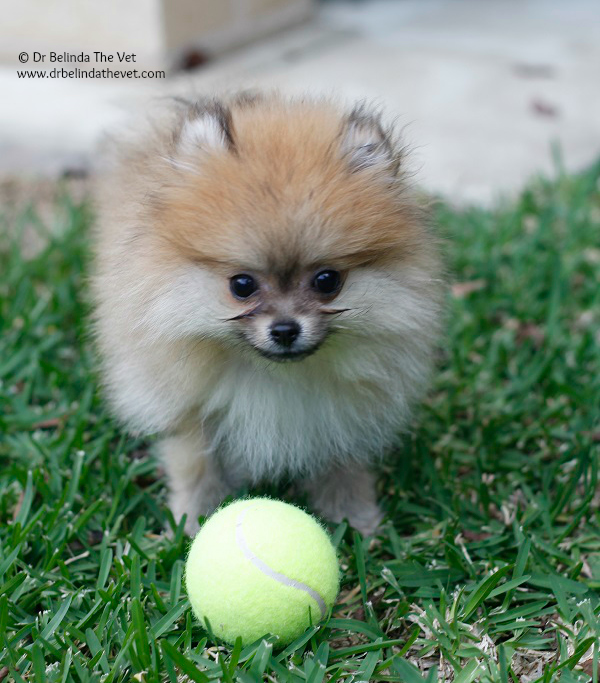 Penny the Pomeranian sizes up the ball. Whilst she was able to pick it up in her mouth (I'm not sure how) she couldn't run with it very far. 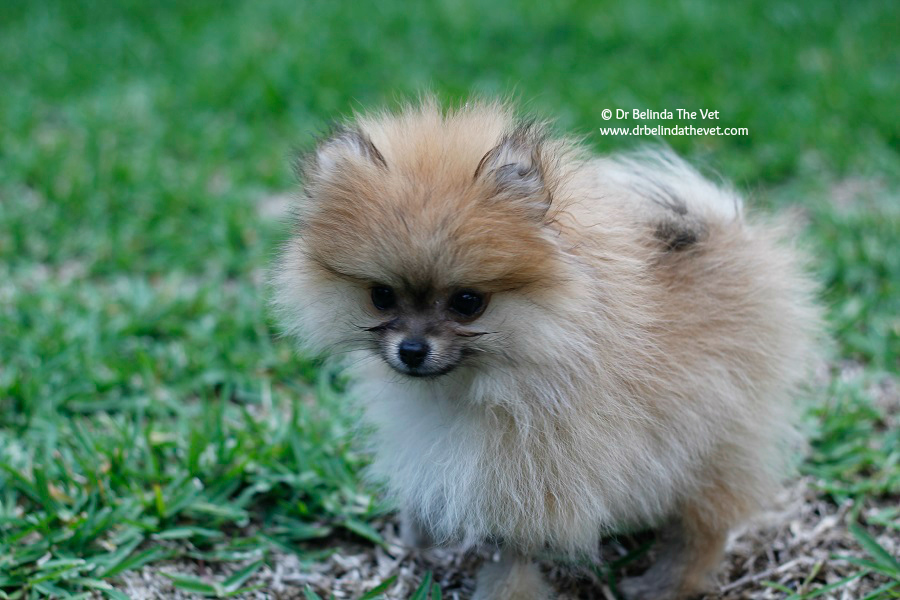 Penny the Pomeranian puppy adventures outside and explores the garden 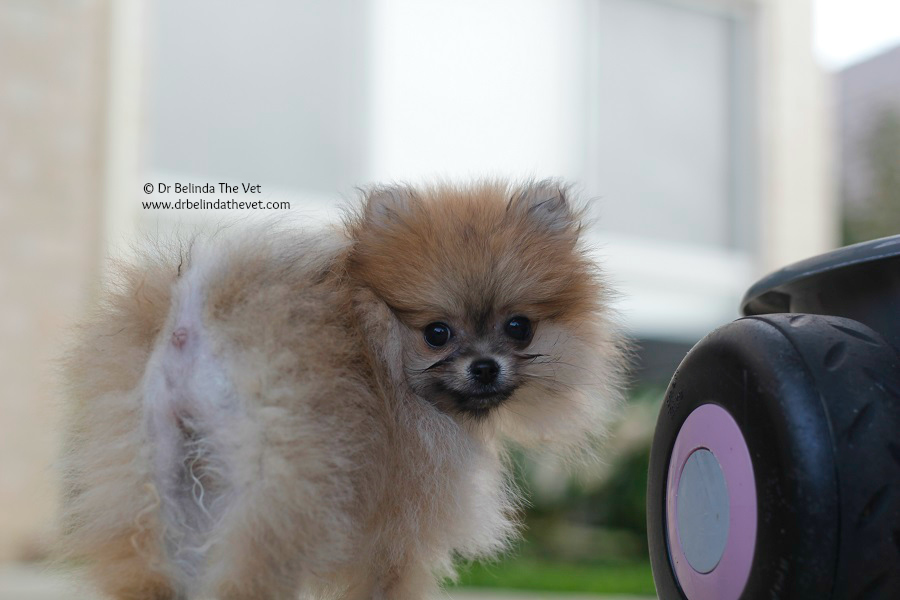 Penny is very cute from all angles, even if this isn't her best one 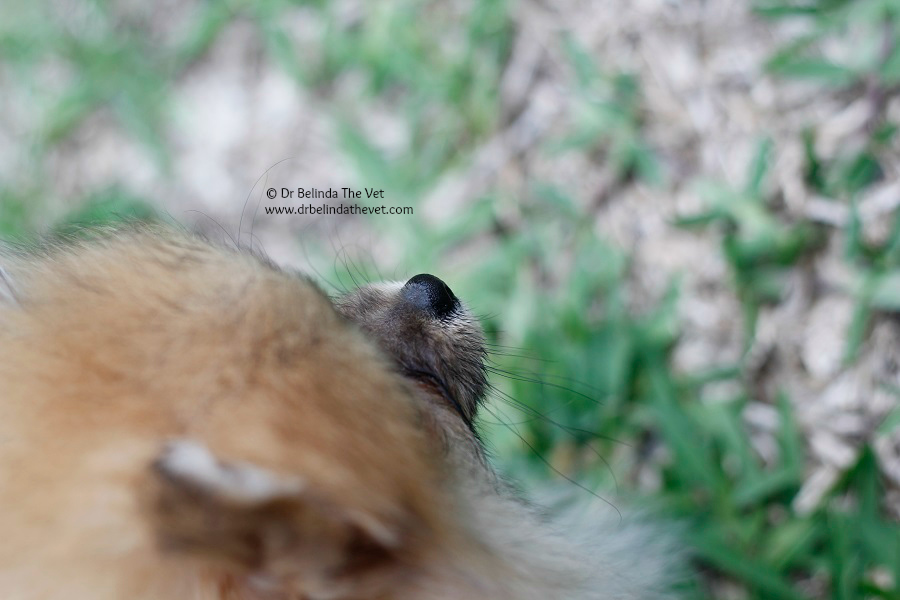 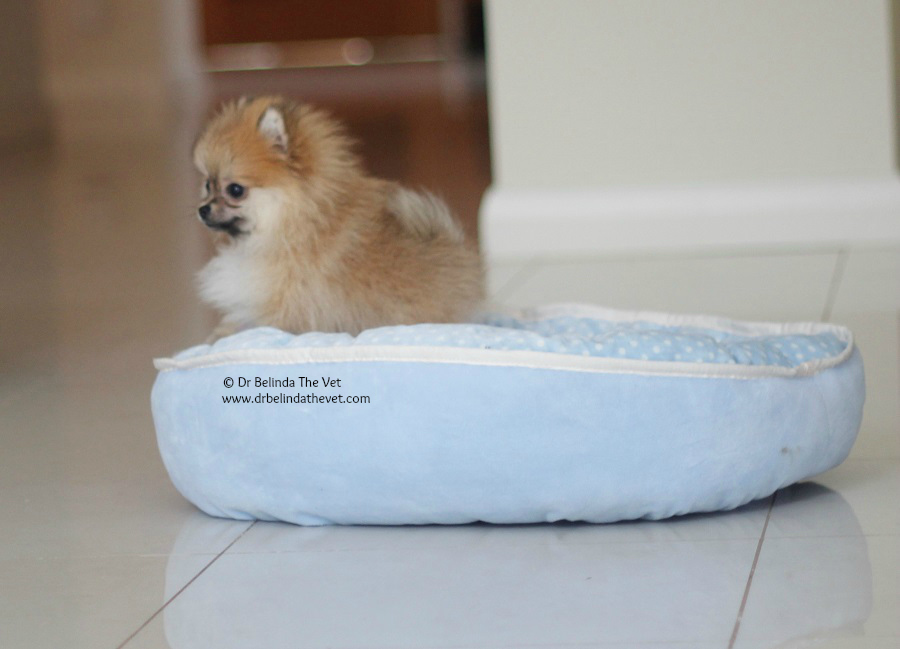 Penny is swamped by the size of her small bed. Penny weighs in at a massive 500g 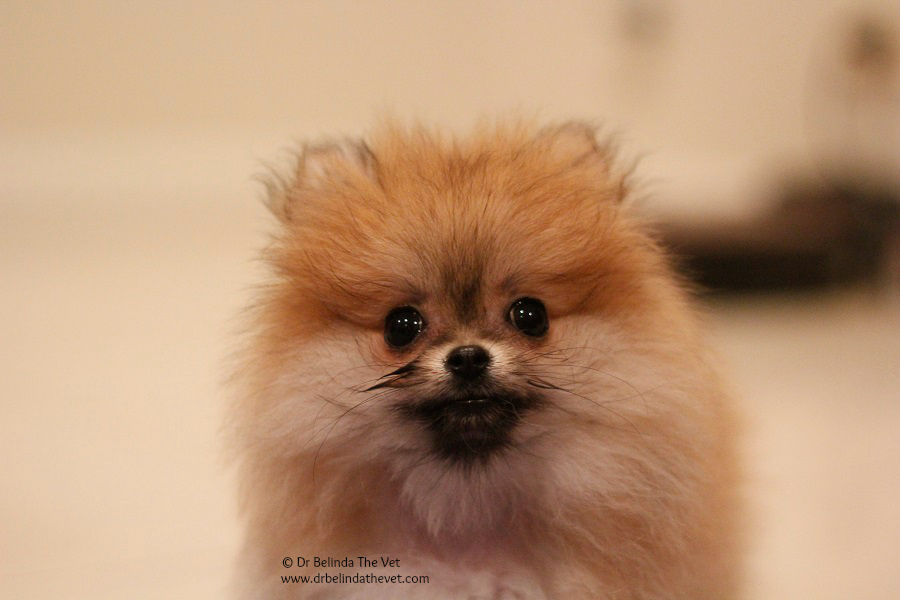 Look at this face! How can you help but fall in love. So gorgeous!

Well I'm thrilled to announce that on Friday she was taken to her new forever home and is settling in well with her two new feline siblings and her 3 human sisters. This is one very lucky girl!