Jo Jo was due to come in for his first puppy vaccination at 6 weeks old when his family noticed that something wasn’t quite right. What started off looking like an ear infection & conjunctivitis turned out to be something far more sinister.

Quickly it progressed to swollen lymph nodes & sterile abscesses around his face and neck. Jo Jo was continuing to get worse despite starting treatment with topical and parenteral broad spectrum antibiotics. After consulting with a dermatologist we elected to preform skin biopsies in the hope of diagnosing his condition. 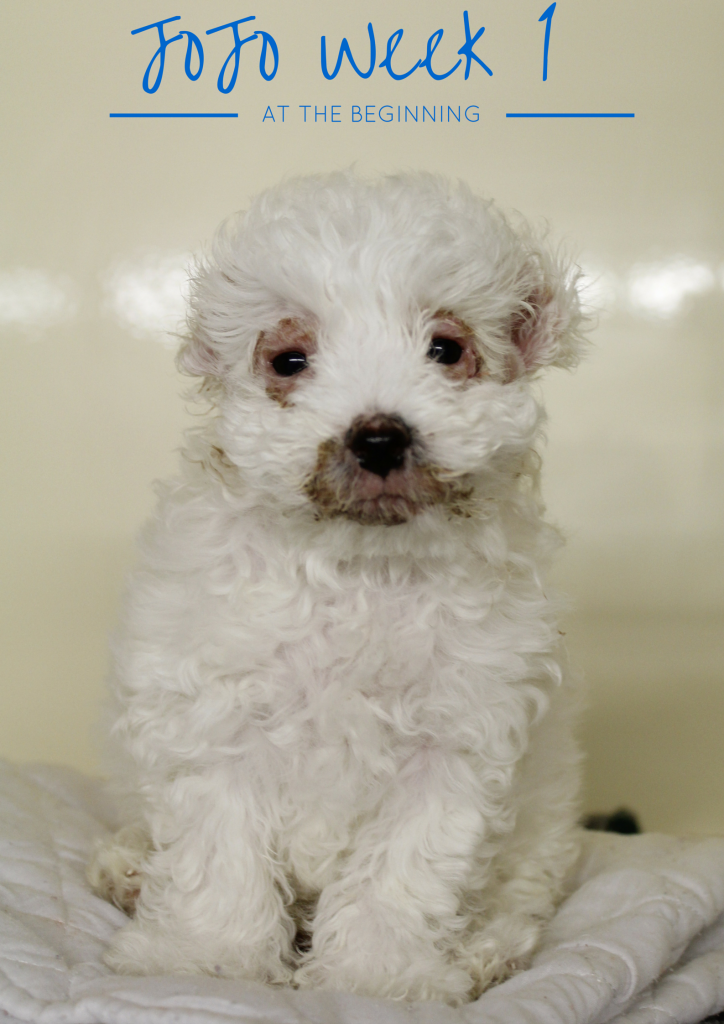 Multiple punch biopsies were taken with histopathology revealing pyogranulomatous inflammation with no infectious agents identified. Given Jo Jo’s presentation, the clinical progression of his condition and age, the most likely diagnosis was Puppy Strangles (Juvenile Cellulitis). 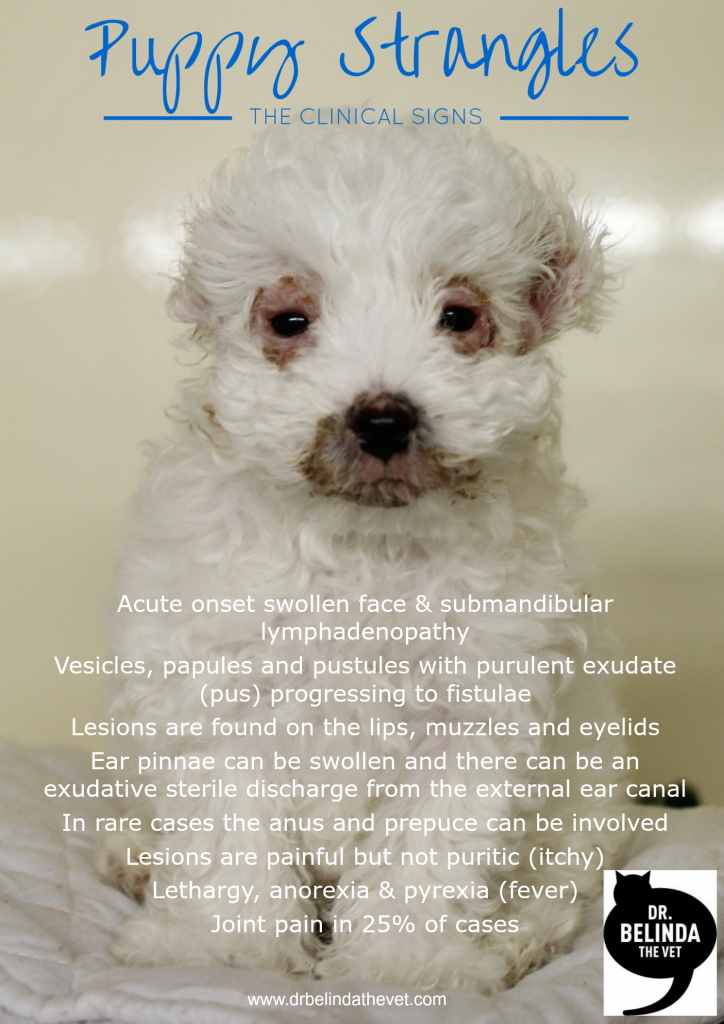 Puppy strangles has an unknown etiology (cause) and is possibly immune mediated. My list of differential diagnoses when Jo Jo presented were:

The mainstay of Jo Jo’s treatment was corticosteroids. We treated him with a long course (approximately 3 months) and gradually weaned him off the steroids. On and off he needed to stay in hospital for us to help ease the discomfort of the sterile abscesses. Treatment was not straight forward initially as he required higher steroid doses than we expected to control his symptoms. 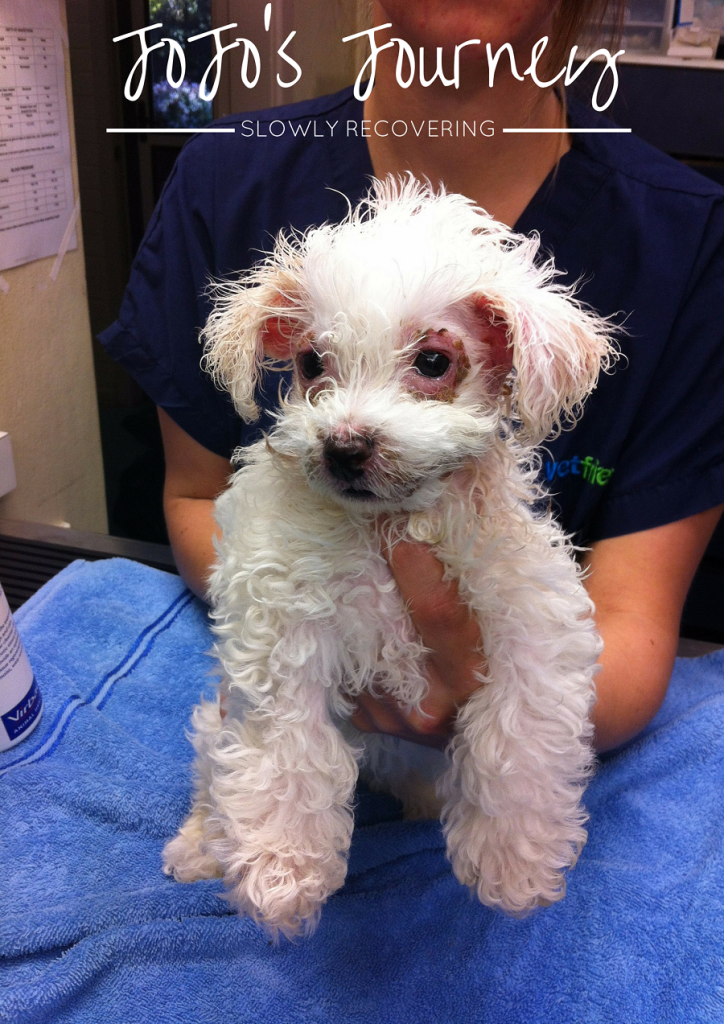 Jojo's return to good health was a slow steady journey in the right direction. There were a few times when we nearly lost hope but continued to persevere and he managed to turn a corner. Puppy strangles (juvenile cellulitis) has a good prognosis which is why we continued to push through with treatment.

The good news is that Jo Jo has recovered fully. We have recommended that he is castrated and that his parents are not breed from again as there is a chance that there is a genetic component. Puppy strangles is fatal if not treated, however the prognosis is good if treated appropriately with antibiotics and corticosteroids. 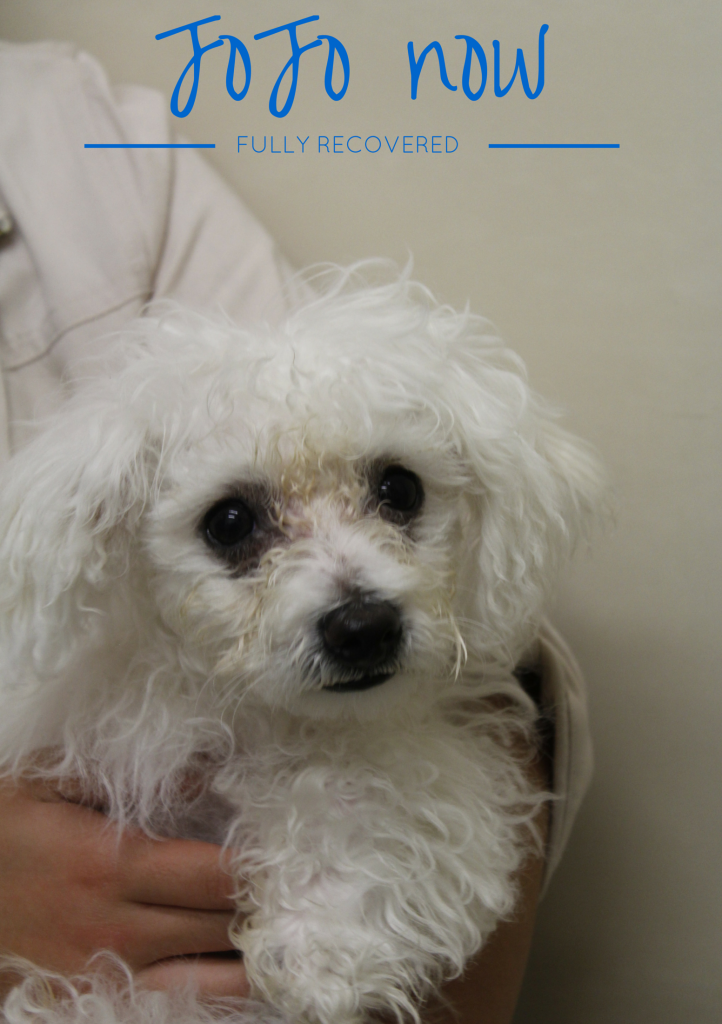 Jojo has fortunately recovered fully from his brush with death. Whilst puppy strangles (juvenile cellulitis) can be fatal if left untreated. Fortunately it is a very treatable disease with a good long term prognosis.