Discussing the death of our pet dog with my toddler

Death and grief is something that I deal with on a daily basis. Unfortunately I was faced with dealing with the loss of my father at a young age. When I was 19 years old my dad was diagnosed with terminal cancer and he died when I was 20. Understanding my background will help to comprehend my decision to explain to my 3 year old that our dog had died. 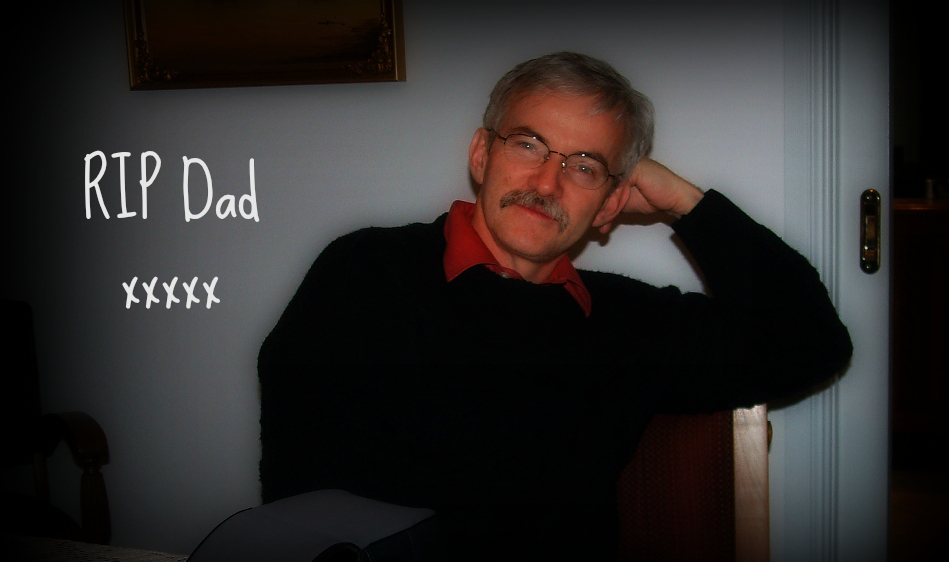 For many children their first experience of grief is the loss of a pet.

I feel that if we can hopefully get that as close to right as possible then this is going to set the scene for how they will deal with grief in the long run. I have unfortunately seen family members struggle to come to terms with their grief over multiple generations and I was determined not to let my grief destroy me.

I have spent many hours with my psychologist discussing my grief and she is truly a miracle worker for me. She has taught me how to deal with my emotions, to accept my weaknesses and come to terms with the loss of my father. I know that I can never change what happened, I can accept it. I don’t have to like it but I can accept that this is the hand that I’ve been dealt.

Why did I tell my daughter that our dog had died and not gone to visit a farm?

It was the death of my father and personal experiences which lead me to tell my daughter that our little dog Percy had died and to explain it to her in terms that she could understand. My cheeky little Percy died at home 18 months ago, I felt utterly helpless as he died in my arms and there was nothing that I could do. He was an old boy, he had multiple health issues but I still was shocked when I found him unconscious and taking his last breaths. I have never felt so useless. As a vet I’m supposed to save my patients and when it came to my own dog all I could was be there for him – that’s a post for another day.

I made the decision pretty quickly that I wanted to explain to my daughter that Percy had died and let her say goodbye to him. I wasn’t sure if it was going to be the right decision but my gut was telling me it was the right thing to do. So, when she got up from her afternoon nap, I sat down with her and explained to her that Percy had died and that we had to take him to mummy’s work and that he wouldn’t be coming home. She had also been exposed to the word “died” before as I had made a family album for her with pictures of her grandparents and great grandparents in it and I had told her that mummy’s dad, her Pa, had died.

I asked if her she wanted to give Percy a pat goodbye and she did. Off we went to work to drop Percy off. I was crying like a baby the whole way. I cried in front of Lily and allowed her to see my emotion that I was upset and that it was ok. 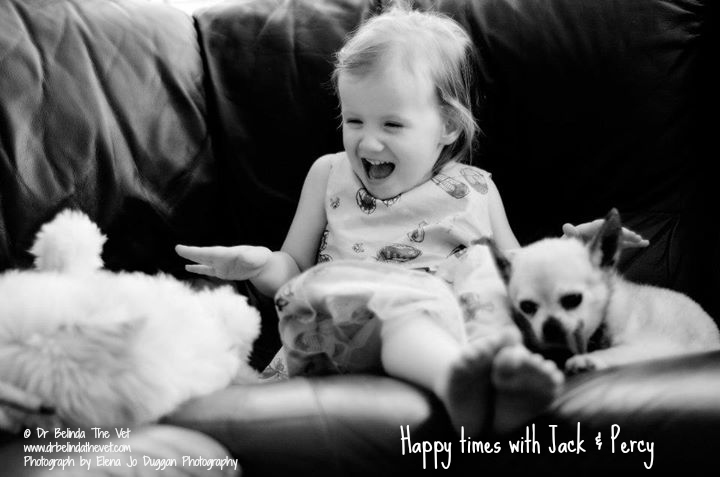 In the days and weeks that passed she would ask me, “when is Percy coming home” and I would say “Percy has died, he’s in doggy heaven and he won’t be coming home”. She would sometimes tell me that it was sad and that she wanted to see him again. I would agree with her but say that once a doggy dies then they can’t come back. She would then announce to everyone that Percy had died and that he was in doggy heaven and he wasn’t coming back. So, it meant every now and then I would start to well up at the supermarket or wherever it was that she decided to announce it. But I was happy that she wasn’t afraid to talk about it.

I knew that I had made the right decision 6 months later when my husband’s Nan passed away. We told her that her great Nan had died and she turned around and said “Great Nan is in doggy heaven with Percy”. She drew a beautiful picture to be given to Great Nan to take to heaven for Percy and she drew another beautiful picture of Percy and Great Nan together to give to her Grandma who was very sad because her mummy had died.

I believe that I did the right thing for my daughter. Grief is a very personal experience. There is no right or wrong way to grieve and I have seen many different approaches. I don’t know if I would have let her be with Percy when he died (even if it was by euthanasia) as I feel that would have been too confronting for her however if a client chooses to have their child there that is their choice and I certainly wouldn’t judge them. I have clients who chose to be with their pets, other’s who cannot face it and that is ok. If they can’t be in the room for whatever reason then my colleagues and I will give that pet all of our love and cuddles whilst it drift off to sleep.

Would you or have you talked to your three year old about the death of a pet?